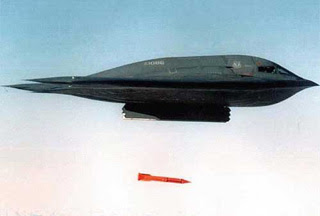 The bombs, designed to be delivered by B-2 stealth bombers, "will meet requirements for the current operational need," U.S. Air Force spokesman Lieutenant Colonel Jack Miller said in a statement to Bloomberg.

The U.S. and Israel have not ruled out conducting military strikes against Iran's nuclear facilities, some of which are located in fortified underground locations."
Posted by Tony at 6:43 AM