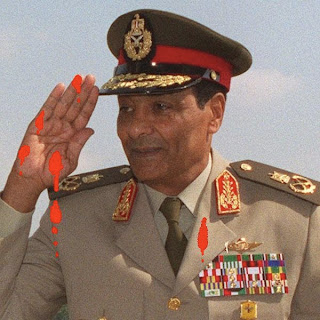 No Transparency in Military Investigation of Killing of Copts

"(New York) – Egypt’s military prosecutor should immediately release an award-winning blogger charged in connection with the demonstration by Christian Copts on October 9, 2011, which turned deadly, Human Rights Watch said today. Alaa Abdel Fattah was detained and later charged with incitement and theft of a military weapon, even though the prosecutor had presented no evidence to support the charges. His detention came as military prosecutors started questioning activists and priests about their alleged involvement in publicly encouraging Copts to demonstrate on that day.

During the protest in the Maspero area, military vehicles ran over demonstrators and the military used excessive force to disperse protesters, resulting in the deaths of 27 civilians and one military officer. A November 2 report by the National Council for Human Rights, Egypt’s government-appointed human rights commission, said members of the military were responsible for killing demonstrators. Investigations related to this demonstration remain solely in the hands of military prosecutors, who have called in activists and priests for questioning but have refused to reveal any information about whether they are investigating any military officers for their roles in killing Coptic protesters.

“Instead of identifying which members of the military were driving the military vehicles that crushed 13 Coptic protesters, the military prosecutor is going after the activists who organized the march,” said Sarah Leah Whitson, Middle East and North Africa director at Human Rights Watch. “Abdel Fattah’s detention is a blatant effort to target one of the most vocal critics of the military. The prosecutor’s acts further entrench military impunity by failing to build public confidence that there will be a transparent investigation of those responsible for the deaths.”....."
Posted by Tony at 3:44 AM