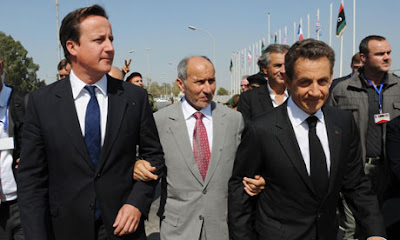 Nuri Berruien, head of Libya's National Oil Company, said the government would 'favour our friends' to develop its reserves

"Libya began touting itself as the next Dubai to UK investors, as the country's government said it would reward its "friends" when it begins selling off lucrative oil contracts.
Representatives of the country's National Transitional Council called City executives to a central London hotel to drum up British interest in the "massive opportunities" on offer in Libya....."
Posted by Tony at 7:03 AM