The contradictions of the Arab Spring 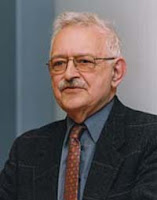 The spirit of 1968 flows through Arab Spring and Occupy movement - as its counter-current attempts to suppress uprising.

"....Most of the analyses we read in the media or on the internet neglect the fundamental contradiction of this phenomenon - that the so-called Arab Spring is composed of two quite different currents, going in radically different directions. One current is the heir of the world-revolution of 1968. The "1968 current" might better be called the "second Arab revolt".

Its objective is to achieve the global autonomy of the Arab world that the "first Arab revolt" had sought to achieve. The first revolt failed primarily because of successful Franco-British measures to contain it, co-opt it, and repress it.

The second current is the attempt by all important geopolitical actors to control the first current, each acting to divert collective activity in the Arab world in ways that would rebound to the relative advantage of each of these actors separately. The actors here regard the "1968 current" as highly dangerous to their interests. They have done everything possible to turn attention and energy away from the objectives of the "1968 current", in what I think of as the great distraction.....

A current not easily contained

The new Egyptian regime, under attack at home from the "1968 current" and always sensitive to the fact that Egypt's primacy in the Arab world had diminished seriously, began to revise its geopolitical stance, first of all vis-à-vis Israel.

The regime wanted to take its distance from Israel, without, however, jeopardising its ability to obtain financial assistance from the United States. They became an active advocate of reunification of the split Palestinian political world, hoping that this reunification would not only force significant concessions from the Israelis but hamper the development of the "1968 current" among the Palestinians.

Two neighbouring countries - Turkey and Iran - sought to profit from the Arab unrest by strengthening their own legitimacy as actors in the Middle East arena. This was not easy for either of them, especially since each had to worry about the degree to which the "1968 current" would menace them internally - the Kurds in Turkey, the multiple factions in the complicated Iranian internal politics.

And Israel? Israel has been assaulted all around by the prospect of "delegitimisation" - in the Western world (even in Germany, even in the United States), in Egypt and Jordan, in Turkey, in Russia and China. And all the while it has had to face a "1968 current" that has emerged among the Jewish population within Israel.

And, as all this geopolitical juggling has been going on, the Arab Spring has become simply one part of what is now very clearly a worldwide unrest occurring everywhere: Oxi in Greece, indignados in Spain, students in Chile, the Occupy movements that have now spread to 800 cities in North America and elsewhere, strikes in China and demonstrations in Hong Kong, multiple happenings across Africa.

The "1968 current" is expanding - despite repression, despite concessions, despite co-option.

And geopolitically, across the Arab world, the success of the various players has been limited, and in some cases counterproductive. Tahrir Square has become a symbol across the world. Yes, many Islamist movements have been able to express themselves openly in Arab states where they could not do so earlier. But so have the secular left forces. The trade unions are rediscovering their historic role.

Those who believe that Arab unrest, that world unrest, is a passing moment will discover in the next major bubble burst (which we can anticipate quite soon) that the "1968 current" will no longer be so easily contained."
Posted by Tony at 11:05 AM