Egypt must release man on trial for criticizing religion 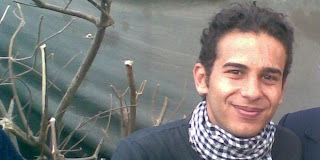 "A man facing trial for publishing videos critical of religions should be immediately released by the Egyptian authorities and all charges against him dropped, Amnesty International said today.

Alber Saber Ayad, an activist from the 2011 uprising, is charged with "defamation of religion". If convicted he could receive a six-year prison sentence and a fine of 500 Egyptian Pounds (US$82). His trial resumes on Wednesday before a Cairo misdemeanour court.

"Alber Saber Ayad is a prisoner of conscience, detained solely for peacefully exercising his right to freedom of expression and should be released immediately and unconditionally," said Hassiba Hadj Sahraoui, Deputy Director of Amnesty International's Middle East and North Africa Programme.

"Criticism of religions and other beliefs and ideas is a vital component of the right to freedom of expression. Laws – such as blasphemy laws – that criminalize such criticism violate human rights.

"Criticism, insult or mockery does not interfere with the individual believer’s freedom of religion, however offensive they may find it."

Alber Saber Ayad told his lawyers that while in detention, a police officer in El Marg Prison incited other detainees to attack him.

The detainees beat Alber Saber Ayad and cut him with a razor blade along his neck....."
Posted by Tony at 3:20 AM