From The Lousy Arab: How Human Rights Watch documents abuses in Syria 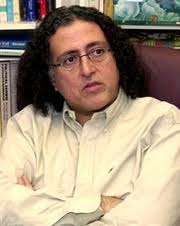 ""Videos posted online by Syrian activists on October 9-12 showed cluster munition remnants reportedly in or near the towns of Tamane`a, Taftanaz, al-Tah, and Ma`arat al-Nu`man, in the Northern governorate of Idlib, Eastern Bouwayda and al-Salloumiyyeh in Homs governorate, Tel Rifaat in Aleppo governorate, the countryside in Lattakia governorate, and Eastern Ghouta, near Damascus."  Videos posted online?  [COMMENT: If the Lousy Arab read the HRW report in full, he would have realized that HRW interviewed and spoke to several Syrian eyewitnesses to these cluster bomb attacks.

But that Lousy Arab is only concerned with indirectly defending the Butcher's regime, while claiming otherwise.]

Can you imagine Human Rights Watch issuing a report on Israel based on "videos posted online"?  Is this a joke now?  In the case of Israel, even when Human Rights Watch staffers see the bombs in their own hands and talk to the victims themselves, it always urges caution pending further evidence and exhaustive documentation.

PS I say this without commenting on whether the criminal Syrian regime used or did not use cluster bomb but the issue here is about the changing methods of Human Rights Watch and its obsession with the pro-Israeli sources of funding."
Posted by Tony at 1:07 PM