Syria and the battle for regional control


Russia and Turkey are in a war of words, but it's the makeup of the post-Assad government that's really being fought over 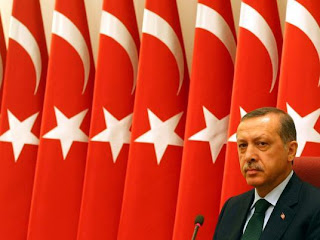 
".....Russia's support for a dying regime bemuses senior Turkish officials."What is Russia afraid of losing in Assad?" one of them asked. But in downing a Syrian plane full of Russian military parts – they were communication components for the air defence system Russia has supplied Assad with – Erdogan is playing a game of chicken with Putin. Each knows that their own set of bilateral interests in the Caucasus is too important to sacrifice on the altar of Syria.

As for the other side, the Saudis are past masters at using other countries to fight their war with Iran for them. Syria is little different to Iraq in this respect. For Turkey, which tried for six months to use its soft power to persuade Assad to reform, the Syrian conflict presents a series of hard power challenges. It allows ammunition over its Syrian border, but not heavy weapons. Enough to keep the insurgents in business, but not enough for victory. It will not do anything unilaterally, particularly as there is little appetite for intervention at home. Quite the opposite. And it too wants to keep a line to Iran open......"
Posted by Tony at 7:00 AM