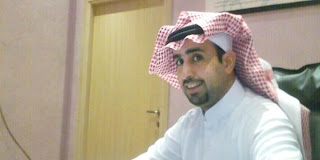 
"The Saudi Arabian authorities must withdraw their threat to deal “firmly” with people taking part in demonstrations and refrain from detaining those who exercise their right to peaceful protest, Amnesty International said.

The organization’s call came after the Minister of Interior issued a statement last week warning anyone taking part in demonstrations that they would face prosecution and be “firmly dealt with” by members of the security forces.

“The Saudi authorities must end their repeated moves to stifle people’s attempts to protest against the widespread use of arbitrary detention in the country,” said Philip Luther, Director of Amnesty International’s Middle East and North Africa Programme.

“The right of people to peaceful protest must be respected and the security forces must refrain from detaining or using excessive force against people who exercise it.”

The Ministry of Interior statement also disclosed the names of 10 people who have undergone, or are undergoing, judicial procedures in relation to crimes of “the deviant group”. They included in this list human rights activist Mohammed Saleh al-Bajady, who was sentenced in April 2012 to four years’ imprisonment and a five-year travel ban for communicating with foreign bodies “to carry out activities that undermine security”.

He was also reportedly convicted of participating in the establishment of a human rights organization, harming the image of the state through the media, calling on the families of detainees to protest and hold sit-ins, contesting the independence of the judiciary and having banned books in his possession......."

I think the admin of this site is truly working hard
in favor of his site, as here every information is quality based stuff.

This is the perfect site for anyone who hopes to understand this topic.
You realize a whole lot its almost tough to argue with you (not that I personally would want
to…HaHa). You certainly put a brand new spin on a topic
which has been written about for ages. Wonderful stuff, just great!

I'm very happy to discover this great site. I wanted to thank you for your time just for this fantastic read!! I definitely appreciated every part of it and I have you saved to fav to check out new information in your website. I wanted to tell you, I bookmarked Blogger: Palestinian Pundit at Buzzfeed so my friends will learn from it as well. Could I also share a suggestion. Getting terrific video marketing can also be highly difficult. I find it most beneficial to talk to a a Best Estate Planning Attorneys in San Diego. Our crew of San Diego Probate Lawyers are right here to assist with all your legal demands.

Sweet blog! I found it while browsing on Yahoo News.
Do you have any suggestions on how to get listed in Yahoo
News? I've been trying for a while but I never seem to get there! Cheers

I was very happy to find this page. I wanted to thank you for your time due to this fantastic read!
! I definitely appreciated every bit of it and i also have you book
marked to see new stuff in your blog. I wanted to share with you that,
I bookmarked Blogger: Palestinian Pundit at Dzone so my friends will learn from it as well.

If you don't mind I would also share a suggestion. Finding superb video marketing could well be extremely tough. I find it most beneficial to speak with a a Estate Planning Attorney San Diego. Our staff of San Diego Bankruptcy Lawyer are here to help you with all of your legal demands.

Very good site you have here but I was wondering if
you knew of any user discussion forums that cover the same topics discussed here?
I'd really like to be a part of community where I can get feedback from other knowledgeable people that share the same interest. If you have any suggestions, please let me know. Cheers!

A few of the Latest Television set Features That Offering Nowadays?

The reason Directors Can't Use Unstable Cam Through Movies