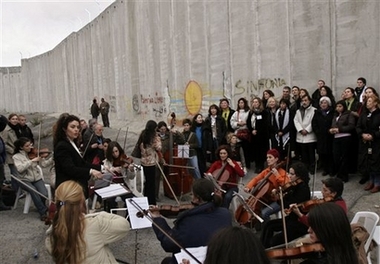 Cristina del Valle from Spain, left, conducts an orchestra in front of Israel's Apartheid wall in the West Bank town of Bethlehem, Friday, Dec. 22, 2006. Del Valle is heading a delegation of Spanish artists, journalists and politicians to the Palestinian territories for Christmas.(AP Photo) 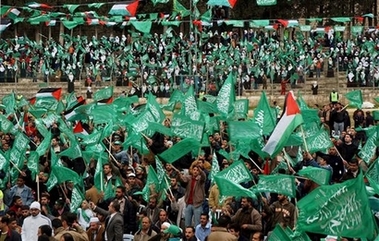 Hamas supporters hold flags during a rally marking the 19th anniversary of the founding of the group in the West Bank city of Nablus , Friday, Dec. 22, 2006.(AP Photo)
Posted by Tony at 9:35 AM