Napoleon in the White House 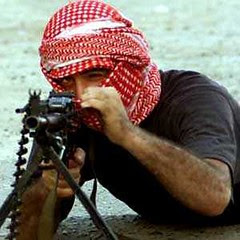 Iraq is Bush's Waterloo – will it be America's, too?

"The standard right-wing myth when it comes to Vietnam is that "the politicians" sold out the military and lost a war that could have been won. Civilian interference with the strategy and tactics employed by military professionals led to U.S withdrawal from Vietnam, which was not a defeat so much as a victory aborted by subversives on the home front. Or so the story goes.....

...When senior military figures, both active and retired, began to voice reservations about the wisdom of invading and occupying Iraq, the neocons raised a hue and cry about the need to maintain civilian control of the military. How dare these generals meddle in politics! Get them back to their barracks and out of the public square! One of their number even wrote an entire book making the case for presidential direction of wartime military strategy, citing as models the neocon holy trinity: Abraham Lincoln, Franklin Roosevelt, and Winston Churchill.....

....There are degrees of calamity, and the one about to be inflicted on us by our Napoleon in the White House is worse than it has to be. There is no way to avoid the consequences of having invaded Iraq in the first place: the breakup of the Iraqi state, the rising influence of Iran, the civil war and horrific loss of life. There is, however, an opportunity to minimize our losses and those of the long-suffering Iraqi people, and that is by minimizing our troop presence rather than increasing it.....

....Make no mistake about it: a "surge" in troop numbers and a correspondingly more aggressive stance will only exacerbate the crisis and increase the force of the "blowback" effect. There is only one rational way forward, and that is to put this disaster behind us. The U.S. must begin an orderly yet rapid retreat from an increasingly untenable position. We are fast approaching a "Saigon moment," when a spectacular display of our vulnerability – like the 1983 destruction of the Beirut barracks, in which 241 Marines were killed by a suicide bomber – signals the utter futility of continuing this wrongheaded war. The so-called Green Zone sits smack dab in the middle of war-torn Baghdad as a symbol of America's ostensible invincibility and undoubted imperial arrogance: can a more inviting target be imagined?

Before some singular disaster further erodes America's prestige around the world, and our looming defeat becomes an undeniable reality, let's get out while the going is good. "
Posted by Tony at 7:36 AM