Gaza Reconstruction Has a Political Price-Tag 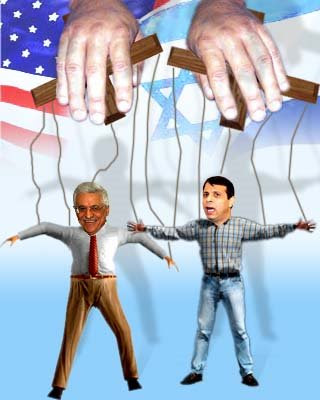 "CAIRO, Mar 5 (IPS) - A conference held this week in Cairo devoted to the reconstruction of the Gaza Strip succeeded in raising more than 5 billion dollars from international donors. But some critics say the issue is being used as a means of isolating Gaza-based resistance faction Hamas.

In Sharm el-Sheikh, U.S. Secretary of State Hillary Clinton announced Washington's pledge of 900 million dollars in economic aid to the PA, with 300 million dollars earmarked for rebuilding the Gaza Strip. But she stressed that none of these funds were to go to Hamas, which the U.S. and the EU describe as a "terrorist organisation". "We have worked with the PA to install safeguards that will ensure our funding is only used where and for whom it is intended and does not end up in the wrong hands," she declared. [Clinton trusts only the Ramallah Mafia, of course.]

"There are pre-existing mechanisms in place" to distribute aid and funds to the Palestinians, Egyptian foreign ministry spokesman Hossam Zaki was quoted as saying the following day in independent daily Al-Dustour. "All of these mechanisms coordinate with the PA."......"
Posted by Tony at 5:29 AM