Obama to Strengthen His Dayton "Army" in Ramallah 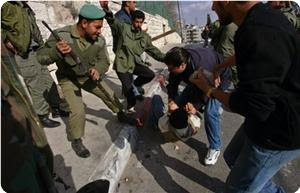 "The Obama administration has plans to boost the security forces of acting Palestinian Authority chief Mahmoud Abbas in the West Bank.

The assistance, which includes funding for training at a base near Amman, is planned to boost by up to 70 percent, from USD 75 million in fiscal year 2008 to as much as USD 130m, US and Western officials said on the condition of anonymity.

Israel has already supported the plan as a 'test of Abbas' ability to control members of Hamas resistance movement'....."
Posted by Tony at 5:42 AM