How the West was caught out by the Arab Spring 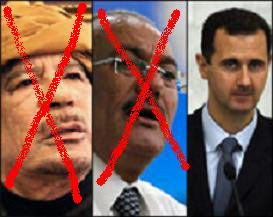 The Year of Revolution: In the first of a series of articles on the Middle East's tempestuous year, Donald Macintyre explains how decades of diplomatic strategy was undone by the popular risings

"To understand the momentousness of 2011, it's worth remembering that this time last year no one knew that, within weeks, revolution would sweep across North Africa, including the most populous and important country in the Arab world. True, the uprising had already started in Tunisia. But it was impossible to predict that by the end of the year we would have seen the ignominious flight of one tyrant, Zine El Abidine Ben Ali, that a second, Hosni Mubarak, would have been imprisoned and on trial, that a third, Muammar Gaddafi, would have been extra-judicially executed, that a fourth, Yemen's Ali Abdullah Saleh, would have been forced to announce his own departure, and a fifth, Bashar al-Assad, would still be trying to escape his nemesis by sacrificing the lives of thousands of his fellow citizens in a gruesome but increasingly precarious exercise of power.

It goes without saying that the most dynamic impact of these seismic convulsions has been on the Arab world itself. But because the Western powers had, to a greater or lesser extent, regarded the first four as their friends, and had at least, for all his dubious alliances, co-existed, in the coldest of peaces, with President Assad, these outcomes would also require a re-think, at once hasty and profound, of their approach to the region.....

More broadly, will Western governments – and especially the US – be driven by Israel to see the changes among its neighbours as militating against a solution of the Palestinian conflict, rather than the heavily enhanced incentive it should be to reach one?

But beyond all this, the most hopeful lesson for the West to learn is some humility. It did not make these revolutions, and it cannot stop them now. It can seek to ignore the newly emerging forces in the Arab world, as tragically the EU, thanks to a Franco-German block, chose to turn its back on Turkey by failing to hasten its accession. Or it can engage with them, albeit with its eyes open. There is no other choice."
Posted by Tony at 4:03 AM