Open Letter from Gaza: Three Years after the Massacre 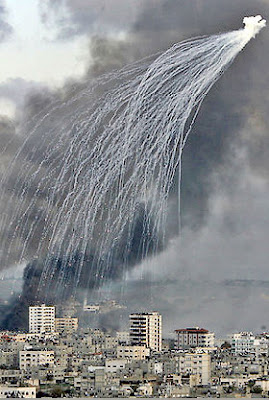 "We, Palestinians of Gaza, 3 years on from the 22-day long massacre in Israel's operation 'Cast Lead', are calling on international civil society to make 2012 the year when solidarity with us in Palestine captures the spark of the revolutions around the Arab world and never looks back. On this anniversary we demand an international liberation movement that eventually leads to just that, liberation for us Palestinians from 63 years of brutal military occupation and ethnic cleansing that pours shame on any organisation or government claiming to endorse universal human rights.

We will never forget the hurt of 3 years ago, the criminal onslaught that we lived through, the blood of over 1400 murdered men, women and hundreds of children running through the streets of Gaza, between the rubble, soaking our beds and etched on our minds. We will never forget. For they are still dead, and thousands more are still maimed....

Our call this year will accept no compromise. We call upon all Palestine solidarity groups and all international civil society organizations to demand:

• An end to the siege that has been imposed on the Palestinian people in the West Bank and Gaza Strip as a result of their exercise of democratic choice.

• The immediate release of all political prisoners.

• An end to occupation, Apartheid and other war crimes with immediate reparations and compensation for all destruction carried out by the Israeli Occupation Forces in Gaza......"