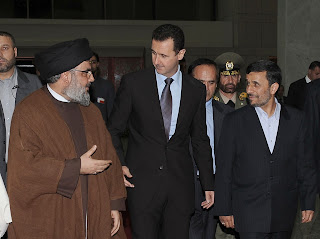 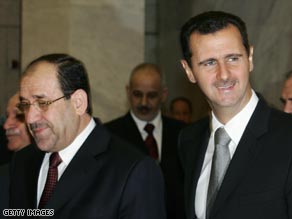 The conflict has already drawn in a stream of Sunni Islamist fighters from across the region attracted to the rebel cause, while on the other side Syrian rebels accuse Lebanon's Shi'ite Hezbollah of supporting Assad's troops on the ground.

For Iraqi Shi'ites who follow Iran's Ayatollah Ali Khamenei, the uprising in Syria threatens Shi'ite influence and Iraqis fighting there say they see a duty to help Assad because of their loyalty to the Islamic Republic's highest authority......"
Posted by Tony at 4:14 AM

Sure. Just like all those Hizbullah fighters and commanders killed in Syria while performing their "Jihadi Duty."