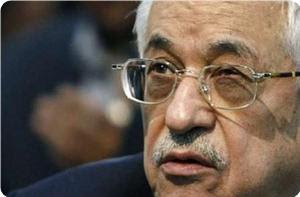 A Great Piece
By Khalid Amayreh in Occupied East Jerusalem

"While Palestinian Authority Chairman Mahmoud Abbas is acting tough toward Hamas, probably in order to impress Israel and her guardian-ally, the United States , the way he has been running the “peace show” with the Zionist occupiers is characterized by utter flaccidity, striking naivety and excessive stupidity.

Indeed, after months of high-pitched and seemingly cordial meetings with Israeli Prime Minister Ehud Olmert, a man known more for his deceitfulness and criminality than for his proneness to peace, Abbas has apparently decided to revert to the dormant “roadmap,” the American-sponsored plan for “peace” between the Zionist state and the Palestinians.

A few weeks ago, Palestinian officials in Ramallah, from Abbas to his un-elected Prime Minister Salam Fayadh to the numerous other spokespersons and hangers-on, issued a plethora of statements warning that the PA wouldn’t attend the Annapolis conference, slated to take place in Maryland later this month, unless Israel agreed to a detailed timetable for the creation of a Palestinian state. Now, surprisingly, or perhaps unsurprisingly, the PA leadership has forgotten all of these conditions and warnings and seems to have settled for the implementation of the deformed hodgepodge known as the roadmap.

For those who have forgotten or don’t know, the roadmap speaks of the creation of a viable Palestinian state but makes no mention of a full Israeli withdrawal from the occupied territories. The plan, which some pundits claim was originally envisaged by Israel and her American Jewish operatives in Washington, called for the creation of a temporary state, with temporary borders, with no right of return and with major Jewish colonies in the West Bank, especially in E. Jerusalem, eventually annexed to Israel . In other words, the roadmap is a corrupted carbon copy of the originally corrupt and vague Oslo Accords. And as was the case with the Oslo agreement, the roadmap is suffering from the same monumental vagueness which is usually manipulated in favor of the powerful party, e.g. Israel .

In fact, a fleeting examination of the roadmap reveals that there are two roadmaps, not one: The one adopted and interpreted by the PA, which is seen as a scheme that would lead to ending the Israeli occupation and creation of a viable and genuine Palestinian state on 100% of the occupied West Bank and East Jerusalem. And then there is the Israeli roadmap, which would perpetuate Israeli occupation, control and apartheid while giving the appearance of a mutually-accepted peace. So, one would wonder which roadmap whose implementation PA officials have agreed would be the basis of future peace talks with Israel? I have struggled to obtain a credible answer from the Ramallah-based officials, but to no avail.

So, what is that supposed to suggest? Are these people in Ramallah inebriated, or under the influence of something? Forget what they say in their bombastic speeches and fiery statements to the largely pliant Palestinian media, since they say quite the opposite to the Israeli and western media. These people simply can’t be trusted.

As we all know, Israel has been insisting that the pledges George Bush made to Ariel Sharon in 2004, that Israel would have the right to annex major settlements in the West Bank in the context of a final-status solution, are part and parcel of the roadmap. And how about the 14 reservations Israel appended to its formal acceptance of the roadmap in 2003? Are they also part of it?

So, we ask our Palestinian leaders and negotiators: Are these infamous pledges part of the roadmap? If yes, then you are no better than cheap stupid quislings working, knowingly or unknowingly, for the enemy, which qualify you for a treatment and a fate befitting traitors. And if not, then why are you embracing a plan you don’t know what it is and what it means and implies?

Finally, Abbas has been telling Arab and western media that he would be willing to trade large parts of East Jerusalem, covered by Jewish colonies such as Ma’ali Adomim, Har Homa, Pisgat Ze’ev, etc, for land of the same area and quality? Well, this is stupidity bordering on treason. Who in his right mind would trade the vicinity of the Al-Aqsa Mosque for a real estate elsewhere? Are Abbas and his followers out of their minds? Are they adopting the old adage “feed me today, and slaughter me tomorrow”?"
Posted by Tony at 3:52 PM