PA sources: Israel told the PA of its intention to occupy the Gaza-Egypt borderline 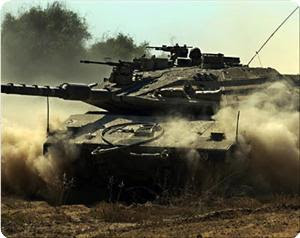 "RAMALLAH, (PIC)-- The IOA informed the PA leadership in Ramallah about its intention to invade the Salahuddin borderline between the Gaza Strip and Egypt at the pretext of preventing the smuggling of arms and funds to Gaza, and destroying alleged tunnels deployed along the border, according to Palestinian sources.

The sources confirmed that the Israeli government also told some countries of the region about its intention to wage a large-scale military operation in the Gaza Strip after the autumn conference.

According to the same sources, the PA leadership in Ramallah was informed about the Israeli intention to invade the borderline from the Rafah crossing to Khan Younis in the first stage and later the Israeli military operation will expand to the central and northern Gaza Strip.

The sources pointed out that Israeli delegates were sent to several countries during the past few weeks to justify Israel's possible military operation in Gaza, which may extend to a full year, at the pretext of eradicating what they described as terrorism, calling on the visited states not to engage in diplomatic activities to pressure Israel to halt its aggressions against the Gaza people.

The sources opined that the Zionist scheme will lead to the call for international troops to Gaza in the event of withdrawal of the IOF troops after completing their operation......."
Posted by Tony at 12:40 PM