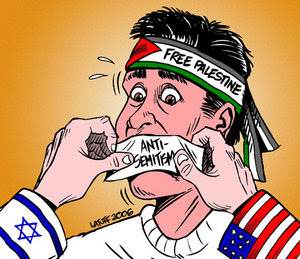 Why No American President Will Stand Up to Israel

"Experts in the West and ordinary people in Arab lands have understood for many years that the United States does not have an independent policy toward the Middle East. President Jimmy Carter, a man of good will, tried to use American influence to settle the Israeli-Palestinian conflict, the source of dangerous instability in the Middle East. However, Israel was able to block Carter's attempt, while blaming Yasser Arafat. Carter's plan would have given rise to a Palestinian state. Israel did not want any such state, because obvious military aggression is necessary in order to steal the territory of an official state with defined borders. It is much easier to steal land from a non-state......

In America today academics and intellectuals who fail to toe the Lobby's line are unlikely to receive support from conservative or liberal foundations. Even Mearsheimer and Walt's article, "The Israel Lobby," commissioned by the Atlantic Monthly and from which their book evolved, had to be published overseas in The London Review of Books when the Atlantic Monthly's editors' courage failed them.
American patriots who glorify in their country's status as the "sole superpower" have much to learn about the subservience of their country's foreign policy to a tiny state of five million people. There is no better place to begin than with Mearsheimer and Walt's The Israel Lobby."
Posted by Tony at 9:37 AM