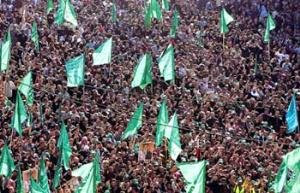 "31/12/2008 -Israeli aggression against the Gaza Strip enters its fifth day. The announced goal is to stop Hamas’ rockets and change its regime in the Strip.

-Over 390 Palestinian Martyrs, including 45 Children and more than 1900 injured.

-Over 400 rockets were fired by the resistance factions into the occupied territories.

- Egypt is under Arab pressure for refusing to open Rafah crossing that links Gaza with the outside world.

Hamas resistance movement was supposed to stop launching rockets on the occupied territories, however, over 150 rockets was fired into the Israeli settlements only on Tuesday, which means that the Israeli military operation has failed to achieve its announced goal till now. Yet Cairo was under criticism for its closure of the Rafah crossing in which, people accuse of collaborating with the Zionist entity against Gaza.

Israeli daily Haaretz said Wednesday that the Egyptian President Hosni Mubarak could not keep silent any longer about the attack on Egypt in the press. His decision to explicitly state Egypt's position that the West Bank and Gaza are part of the same country, and that the Rafah crossing will open only under the conditions of the 2005 agreement (to which Egypt is not a signatory), is part of the public diplomacy Mubarak has been dragged into against his will.

Mubarak would have preferred for Hamas to appeal to him directly for a cease-fire, which Egypt would negotiate with the Zionist entity. But according to Haaretz, Hamas, like Hezbollah, chose a different and probably more effective path. Hamas, by enlisting public opinion through the Arab media, holding street demonstrations and creating public pressure, may very well achieve a cease-fire without being forced to ask for it.

The Israeli daily continued, “Hamas has experience in winning public support, as it learned last January when it broke through the border fence with Egypt. Egypt was forced to give in to public pressure and let the hundreds of thousands of Palestinians cross the border and buy goods on the Egyptian side.”

The knowledge that Arab public opinion, as opposed to the Arab regimes that speak with several different voices, may influence policy is new.

Hamas can rack up its first victory for its methods as several European countries are already talking about a "humanitarian" cease-fire, and Egypt has been fixed in the public eye as a collaborator with Israel. This will make it hard for Egypt to act as a mediator between Hamas and Israel, and the war in Gaza will require international involvement and certainly active Syrian involvement to end the hostilities.

The Israeli daily added, “In that way Gaza goes from being a local dispute between Israel and Hamas to the status of half a state with the same status as Israel, so hopes Hamas. Such a step could never have come off through regular diplomatic channels, where Hamas would have appealed to Egypt or some other mediator, but only by enlisting the masses in the region and by bypassing the Palestinian Authority, which is not functioning during this crisis.”......."
Posted by Tony at 2:55 AM