Israel's 'victories' in Gaza come at a steep price 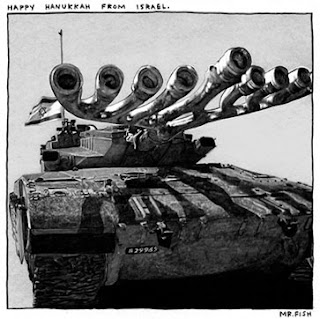 "Cambridge, Mass. - I hear the voices of my friends in Gaza as clearly as if we were still on the phone; their agony echoes inside me. They weep and moan over the death of their children, some, little girls like mine, taken, their bodies burned and destroyed so senselessly.

One Palestinian friend asked me, "Why did Israel attack when the children were leaving school and the women were in the markets?" There are reports that some parents cannot find their dead children and are desperately roaming overflowing hospitals.....

In nearly 25 years of involvement with Gaza and Palestinians, I have not had to confront the horrific image of burned children – until today......

It is one thing to take an individual's land, his home, his livelihood, to denigrate his claims, or ignore his emotions. It is another to destroy his child. What happens to a society where renewal is denied and all possibility has ended?.

And what will happen to Jews as a people whether we live in Israel or not? Why have we been unable to accept the fundamental humanity of Palestinians and include them within our moral boundaries? Rather, we reject any human connection with the people we are oppressing. Ultimately, our goal is to tribalize pain, narrowing the scope of human suffering to ourselves alone......"
Posted by Tony at 12:47 PM