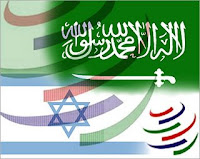 "Saudi security forces have launched a house-to-house search for the participants of a peaceful demonstration in support of Gaza.

Some 300 people wearing masks reportedly took to the streets of Qatif region's Safwa city in the Eastern Province of Saudi Arabia on Monday.

The demonstrators chanted slogans condemning the Israeli attacks on the Gaza Strip and called on Arab governments to takes a firm stand against the US and Israel. The peaceful rally, however, turned violent once the riot police intervened to disperse the demonstrators.

Security forces raided the houses of those who were believed to have participated in the peaceful demonstration and arrested several activists including Al-Ahmad Al-Safavi and Munir Al-Assad, the al-Moltaqqa news website reported on Tuesday.

Mohammed Saleh al-Gharib, another resident of the region, was arrested for possessing a picture of Hezbollah Leader Seyyed Hassan Nasrallah. Similar search operations were also underway in Awamiya, Sanabis and Tarut.

According to eye witnesses, the Saudi Interior Ministry has set up checkpoints on the roads to and from Qatif to prevent and confront further Pro-Gaza demonstrations.

The opposition, however, has announced that it would hold another demonstration on Thursday 'with or without' the permission of the Saudi government......."
Posted by Tony at 9:43 AM