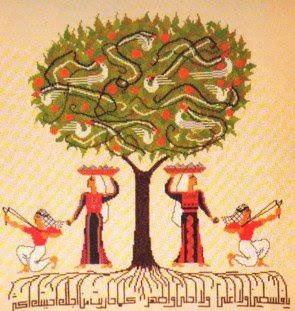 "The following is an attempt to present my own personal dictionary of what seems to be the most charged terminology and concepts attached to the Palestinian solidarity and anti-war discourse.

Palestine- a piece of land on the eastern shore of the Mediterranean Sea. For many years Palestine was the home of the Palestinian people: Muslims, Christians and Jews who lived in peace and harmony for hundred of years. In the late 19th century, in the light of emerging European nationalism, a few Jews had decided that Jews should not be left out. They then invented the notions of: ”Jewish people”, ”Jewish history” and ”Jewish nationalism”. They decided to settle the majority of world Jewry in Palestine.......