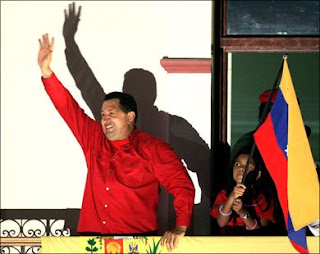 Upon his arrival at the Doha International Airport to attend the 2nd Arab-South American Summit scheduled for Tuesday, Chavez told reporters that the ICC should be requested to prosecute former U.S. President George W. Bush and Israeli President Shimon Peres, according to Spanish EFE news Agency.

Leaders of the 22-member Arab League who held a summit on Monday passed a communiqué on rejecting the ICC’s arrest warrant for Bashir.

Chavez said the ICC “has no power to make a decision against a sitting president, but does so because it is an African country, the third world,” said Chavez, whose country is a signatory to the ICC......"