Aid boat seeks to sail as 'Audacity of Hope' 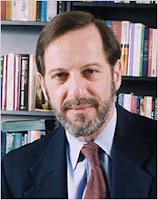 "A group calling itself U.S. Boat to Gaza is seeking $370,000 in the next month to send an aid ship to the Gaza Strip that would be named after President Obama's best-selling book "The Audacity of Hope."

Rashid Khalidi, a friend of Obama who is active in Palestinian causes, has signed the appeal, part of a broader effort to thwart the Israeli blockade of the Hamas-controlled Palestinian enclave.

(A second longer article with video is here at the New York Times http://thelede.blogs.nytimes.com/2010/07/20/american-activists-plan-gaza-flotilla-ship-named-for-obama-book/ )

Khalidi, a Columbia University professor, briefly became the subject of controversy during the 2008 presidential campaign when Sen. John McCain's camp tried to make an issue of what it called Obama's suspect friendships. The news of Khalidi's involvement in the boat appeal has led the National Review to call for a Justice Department probe of the academic on grounds he may have provided material support to a terrorist group.

The White House declined to comment. Khalidi said he was not aware the boat would be named after Obama's book when he agreed to add his name to the list of sponsors.
"But if the name is a problem for the administration, it can simply insist publicly that Israel lift the siege: end of problem, end of embarrassment," he wrote in an e-mail."
Posted by Tony at 4:50 AM