Fruits of "Liberation": Toxic legacy of US assault on Fallujah 'worse than Hiroshima' 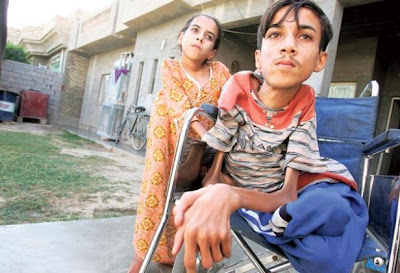 "Dramatic increases in infant mortality, cancer and leukaemia in the Iraqi city of Fallujah, which was bombarded by US Marines in 2004, exceed those reported by survivors of the atomic bombs that were dropped on Hiroshima and Nagasaki in 1945, according to a new study.

Iraqi doctors in Fallujah have complained since 2005 of being overwhelmed by the number of babies with serious birth defects, ranging from a girl born with two heads to paralysis of the lower limbs. They said they were also seeing far more cancers than they did before the battle for Fallujah between US troops and insurgents.