Iran's Mottaki Leaves for Kabul Conference. Offering Help to the Empire Through the Back Door? 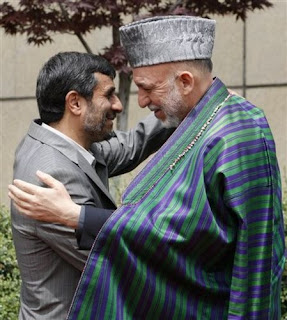 State television's website reported that Mottaki is heading a high-ranking Iranian delegation to the conference. ISNA news agency said he would also meet with Afghan officials, including President Hamid Karzai. Kabul will host on Tuesday a major gathering of its international partners, including Clinton and 40 other foreign ministers....."
Posted by Tony at 3:59 AM