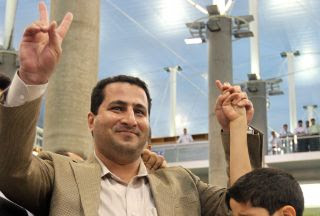 "Those who are agonizing over whether Iranian nuclear scientist Shahram Amiri was a double agent or just an agent or whether he was kidnapped or a defector are really missing the point. Amiri was just a small cog in the Greatest Show on Earth, the $100 billion a year US intelligence community. United States intelligence is a huge and expensive bureaucracy and the information it produces must be consumed even when it does not necessarily make Americans safer. More important than that, it is a product that must have enough bells and whistles to impress Congress, the media, and the White House to keep the money flowing. What that all translates to is that every success, no matter how minor or even debatable, must be spun and promoted to the fullest while every failure must be concealed. The tendency to do so is not unique to the intelligence community and one has only to look at the military’s contrived narratives relating to Pat Tillman and Jessica Lynch, both of which were completely fictitious but supportive of a tale of heroism and self-sacrifice that the Pentagon was promoting.

I have spoken to a number of intelligence officers who claim to have some insights into what went on with Shahram Amiri. My sources all agree that Amiri was not kidnapped. If he had been he would have disappeared down some hole after being "encouraged" to tell everything he knows. He was a volunteer, meaning he contacted the CIA himself, one account being that it was done over the internet and another suggesting that he walked into the US Consulate General in Istanbul. Either way he volunteered his services. He cooperated with the US for a while and there is nothing in what he provided that would suggest that he was a double agent. He did not have information of any real value apart from his secondhand corroboration of the lack of any Iranian nuclear weapons program, which might merit a footnote in the Iran NIE if it ever emerges. If he had been truly doubled one would have expected a long, carefully contrived narrative replete with blind allies and complicated deceptions. Amiri’s greatest impact will come when the Iran NIE report is again revisited in light of the re-defection, a process that has already begun. Poor Amiri was a small fish swimming in a pool full of piranhas and his future is bleak. He meant nothing, did not materially assist the United States, and is now being tossed away after being used to tout the great American intelligence success story. He will be disposed of by the Iranians after he has been similarly used."
Posted by Tony at 4:47 AM