Israel Gets Brutal With Media 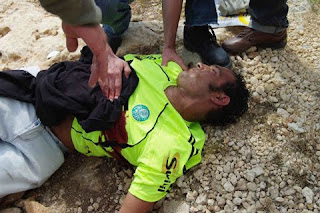 "The Foreign Press Association (FPA) in Israel issued a statement recently condemning what it sees as a change in Israel Defence Forces (IDF) policy in their treatment of journalists covering the growing number of West Bank protests against Israel's separation barrier, illegal settlements and land expropriation.

"We would appreciate it were the authorities to remind the various forces involved, that open, unhindered coverage of news events is a widely acknowledged part of the essence of democracy.

Meanwhile, Palestinian grassroots activists involved in non-military popular committees, which organise non-violent activity against the occupation, continue to be arrested and jailed on what they say are trumped-up charges involving forced confessions under duress.

The IDF carries out nightly raids in West Bank villages where demonstrations take place regularly on a Friday and where villagers have been particularly active.....

Abdullah Abu Rahme from the head of the Popular Committee Against the Wall in Bili'in village near Ramallah continues to languish in detention following his arrest in December last year. 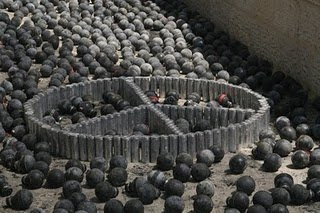 Some of the allegations against him include incitement for planning the peaceful protests and "being in possession of arms." The latter referred to his collection of used teargas canisters and spent bullet cartridges, fired by Israeli troops at unarmed protestors, into a peace sign......"
Posted by Tony at 4:21 AM