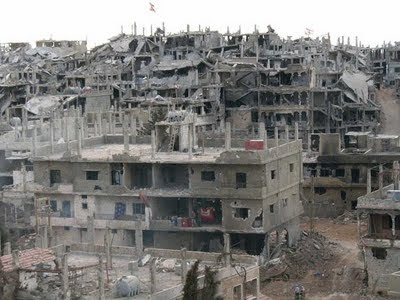 "....One Palestinian academic, at a Palestinian research center who has studied this dilemma thoroughly told this observer, “About the only thing that keeps some in the government from trying to physically confiscate Palestinian real estate like they do in occupied Palestine is their sure knowledge that someone like Ahmad Jabril of the Popular Front for the Liberation of Palestine-General Command (PFLP-GC) would resist on behalf of the refugees. So we don’t expect the government to move for Israeli style evictions no matter that some would like to, but the 2001 law must be changed.”

The simple, sisterly, moral, and internationally mandated Parliamentary solution is to amend the 2001 law to correct the pre 200l law registration problems and to allow Palestinians to own at least one home if they are able to afford it."
Posted by Tony at 10:17 AM