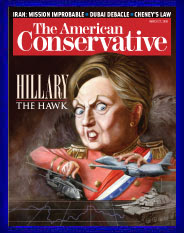 By Leonard Doyle in Washington
The Independent

"The US arms industry is backing Hillary Clinton for President and has all but abandoned its traditional allies in the Republican party. Mrs Clinton has also emerged as Wall Street's favourite.....

Mrs Clinton's wooing of the defence industry is all the more remarkable given the frosty relations between Bill Clinton and the military during his presidency. An analysis of campaign contributions shows senior defence industry employees are pouring money into her war chest in the belief that their generosity will be repaid many times over with future defence contracts...."
Posted by Tony at 5:40 AM