Illegal discrimination against Palestinians in Lebanon 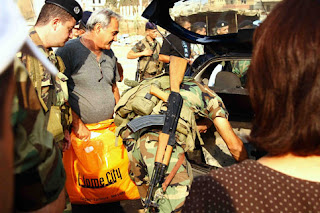 "BEIRUT, 17 October 2007 (IRIN) - The Lebanese government's practices against Palestinian refugees continue to breach the country's obligations under international human rights law and should be repealed immediately, according to a report released here on 17 October by Amnesty International (AI).

"The continuing restrictions which deny Palestinian refugees access to their rights to work, education and adequate housing and health are wholly unjustified and should be lifted without further procrastination or delay," the report by the London-based international human rights group said.

Lebanon has the highest percentage of all Palestinian refugees living in abject poverty, according to the UN's Palestinian relief organization, UNRWA. According to the AI report, disgraceful living conditions, continued restrictions on employment and lack of access to social services 60 years after their parents were driven from Palestine by the creation of the state of Israel, has left Lebanon's 400,000 officially registered refugees facing a daily struggle for survival........"
Posted by Tony at 5:09 AM