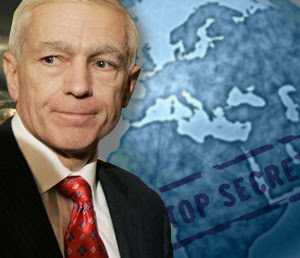 "While the Bush White House promotes the possibility of armed conflict with Iran, a tantalizing passage in Wesley Clark's new memoir suggests that another war is part of a long-planned Department of Defense strategy that anticipated "regime change" by force in no fewer than seven Mideast states. Critics of the war have often voiced suspicions of such imperial schemes, but this is the first time that a high-ranking former military officer has claimed to know that such plans existed.

The existence of that classified memo would certainly cast more dubious light not only on the original decision to invade Iraq because of Saddam Hussein's weapons and ambitions but on the current efforts to justify and even instigate military action against Iran......"
Posted by Tony at 10:31 AM