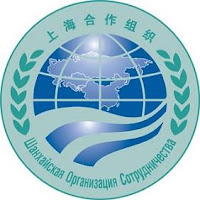 "....Two events delighted me last week: the Nobel Prizes, and Condoleeza Rice’s initial discomfort while talking with Vladimir Putin in his dacha outside Moscow. Ms. Rice has never endeared herself to Mr.Putin. At this meeting, Ms. Rice said Iran (like Iraq) was "LYING." This from a Gold Star member of the US Lying Factory. The U.S. objects to Iran oil deals as well as the Iranian shift from the Dollar to the Euro. It is really hard for the rest of the world to believe that mainstream media are again drum-thumping the Bush-Cheney nuclear accusations for their next war for oil, in Iran. The real US problems with Iran lie unexplored.

The Shanghai Cooperation Organisation (SCO) was founded in 2001 by the leaders of Russia, China, Kazakhstan, Kyrgyzstan, Tajikistan and Uzbekistan. Other countries are clamouring to be part of this group. The SCO's member states cover an area of over 30 million km2, or about three fifths of Eurasia, with a population of 1.455 billion, about a quarter of the world's total.Its working languages are Chinese and Russian. There is a US / Russian 'special interests' tiff over Azerbaijan. "The strategic course of Eurasia and global energy reserves hangs in the balance at the Caspian Sea Summit" in Tehran.

The members of the SCO say NO to American "interests." This is unlike the Arab League, who perhaps succumb too easily to the extortions and $s in Condi's pockets on her imperial itinerary. With the resistance of Russia and China and other SCO members, has the United States met its Waterloo? Is the U.S. intentionally setting up another 'cold war' between US-NATO and the SCO? Ms. Rice said "No". Will the thrust of the destructive U.S. drive be reined in by Russia and China? Further, it doesn't take much imagination to guess which country allegedly wants Putin dead......"
Posted by Tony at 8:02 AM