Israel Investigated, But Will It Repent? 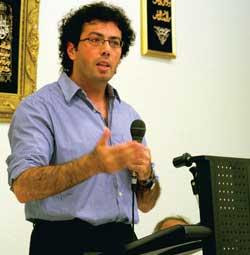 "Any variation of the words 'Palestine' and 'massacre' are sure to yield millions of results on major search engines on the World Wide Web. These results are largely in reference to hundreds of different dates and events in which numerous Palestinians were killed by the Israeli army or settlers. But references to massacres of similar nature precede the state of Israel itself, whose establishment was secured through the ever-expanding agenda of ethnically cleansing Palestinians. Throughout its history, this bloodletting project has been carried out for once specific purpose, that being the illegal acquirement of land and the suppression or extermination of those who dare to resist.....

In a better world, many Israeli political and military leaders would find themselves before an international criminal court answering difficult questions. For now, they remain adamant that the Israeli army is the “most moral” in the world.

One must hope that the term “justice for Palestine” will quit being simply a popular search item, and in fact reflect a tangible reality; so that the extensive list of Palestinian massacres will finally come to an end."
Posted by Tony at 3:16 AM