The South Africa Moment in Palestine 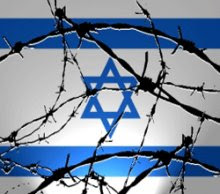 "Omar Barghouti is an activist and writer based in Palestine. He was one of the early advocates of a Boycott, Divestment, Sanctions strategy against Israel's occupation and apartheid policies. He was one of the headline speakers of Israeli Apartheid Week (IAW) 2009. I interviewed him in Toronto on March 2, 2009.

Justin Podur (JP): Perhaps we should start with an outline of the call for Boycott, Divestment, and Sanctions (BDS), and the demands of the call. 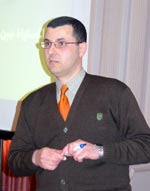 Omar Barghouti (OB): The BDS call is based on an analysis that the oppression of Palestinians has three basic forms. First, the occupation and colonization of those lands occupied since 1967. Second, the denial of the right of return to Palestinian refugees forcibly displaced in 1948 and since. Third, the system of racial discrimination against the indigenous Palestinian citizens of Israel. The demand is to end these injustices: to end the occupation of the lands occupied in 1967, to allow the right of return to Palestinian refugees, and to end the apartheid system against Palestinian citizens of Israel........"
Posted by Tony at 8:00 AM