Will Obama honour pledge on genocide of Armenians? 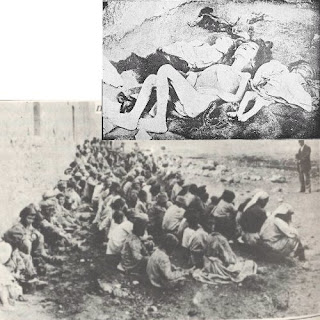 "It's all supposed to be about campaign promises. Didn't Barack Obama promise to deliver an address from a "Muslim capital" in his first 100 days? It's got to be in a safe, moderate country, of course, but where better than Mustafa Kemal Ataturk's secular/Islamist nation of Turkey, whose rulers talk to Syria as well as Israel, Iran as well as Iraq? But when the Obama cavalcade turned up in the heart of the old Ottoman Empire last night, he and all his panjandrums were praying that he did not have to use the "G" word.

The "G" word? Well, if it doesn't trip him up in Turkey today, Mr Obama is going to have to walk into a far worse minefield on 24 April when he has to honour another campaign promise: to call the 1915 massacre of 1,500,000 Armenian Christians by Ottoman Turkey a "genocide". Presidents Clinton and Bush jnr made the same pledge in return for Armenian votes, then broke their solemn promise when Turkish generals threatened to cut access to their airbases and major US-Turkish business deals after they were in office......."
Posted by Tony at 3:42 AM