Netanyahu and Threat of Bombing Iran -- The Bluff that Never Stops Giving? 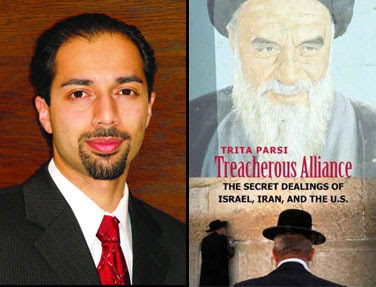 By Trita Parsi
(He is always worth reading)

"In an interview with Jeffrey Goldberg of the Atlantic, incoming Israeli Prime Minister Benjamin Netanyahu claimed to have told President Barack Obama that either America stops Iran or Israel will. Not surprisingly, the interview sparked quite a controversy and only a day later, General David Petraeus told the Senate Armed Services Committee that "the Israeli government may ultimately see itself so threatened by the prospect of an Iranian nuclear weapon that it would take preemptive military action to derail or delay it.".....

Netanyahu's threat of stopping Iran if Obama doesn't should be seen in light of the Israeli rights's fear of a US-Iran deal. Talk of Israeli military action has not coincided with major advances in Iran's nuclear program, but rather with hints of an American preparedness to strike a compromise with Tehran that would grant it the dreaded know-how and limit Israel's strategic maneuverability.

The flaw in the Netanyahu's approach, however, is its underestimation of how US-Iran diplomacy can significantly alter Iran's posture towards the Jewish state and reduce the threat it faces from Tehran. Therein lies the opening for Israel's new prime minister that carries far greater promise for Israel's security than efforts to complicate Washington's path towards diplomacy."
Posted by Tony at 3:50 AM