From Khalid Amayreh in al-Khalil

Eyewitnesses said as many as a hundred settler terrorists descended on the small village of Safa, 10 kilometers northwest of al-Khalil, with the purpose of carrying out a pogrom against local inhabitants. 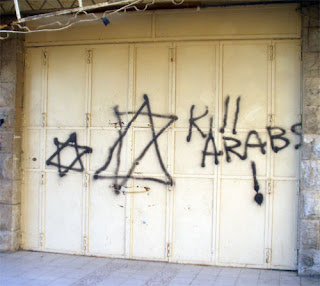 The terrorists were escorted by several Israeli army soldiers who reportedly made no effort to stop the terrorists who were shouting “death to the Arabs.”

The Palestinians, fearing for their lives, hurled stones at the rampaging settlers to prevent them from setting fire to Palestinian property, prompting Israeli soldiers to open fire at the Palestinians......"
Posted by Tony at 6:10 AM