Cheney may have mulled Israeli pretext for U.S. attack on Iran 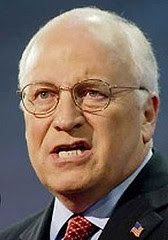 "Newsweek Magazine reported Sunday that Vice President Richard Cheney may have considered a plan for Israeli missile strikes against an Iranian nuclear site in an effort to draw a military response from Iran, which could in turn spark a U.S. offensive against targets in the Islamic Republic.

Citing two unnamed sources the magazine called knowledgeable, the magazine quoted David Wurmser, until last month Cheney's Middle East advisor, as having told a small group of people that "Cheney had been mulling the idea of pushing for limited Israeli missile strikes against the Iranian nuclear site at Natanz?and perhaps other sites?in order to provoke Tehran into lashing out."

According to the report, "The Iranian reaction would then give Washington a pretext to launch strikes against military and nuclear targets in Iran."

Newsweek said that it had corroborated Wurmser's remarks, which it said were first published by Washington foreign-policy blogger Steven Clemons.......

Labor MK Danny Yatom, a former head of the Mossad, told Newsweek that in order to attack Iranian nuclear sites, planes would have to operate over Iran for days or weeks.

Despite the risks of local and regional escalation, Yatom said, "The military option is not the worst option. The worst option is a nuclear Iran." "
Posted by Tony at 7:44 AM