Turning Ahmadinejad Into Public Enemy No. 1 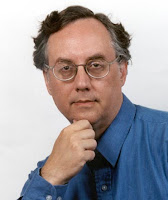 "......Taking potshots at a bantam cock of a populist like Ahmadinejad is actually a way of expressing another, deeper anxiety: fear of Iran’s rising position as a regional power and its challenge to the American and Israeli status quo. The real reason his visit is controversial is that the American right has decided the United States needs to go to war against Iran. Ahmadinejad is therefore being configured as an enemy head of state. The neoconservatives are even claiming that the United States has been at war with Iran since 1979......

And now the American war party, undeterred by the quagmire in Iraq, convinced that their model of New Empire is working, is eager to go on the offensive again. They may yet find a pretext to plunge the United States into another war. Ahmadinejad’s visit to New York this year will not include his visit to Ground Zero, because that is hallowed ground for American patriotism and he is being depicted as not just a critic of the United States but as the leader of an enemy state. His visit may, however, be ground zero for the next big military struggle of the United States in the Middle East, one that really will make Iraq look like a cakewalk."
Posted by Tony at 7:31 AM