So What About Iran? 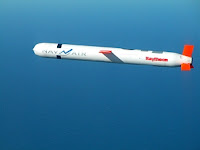 "A respected American paper posted a scoop this week: Vice-President Dick Cheney, the King of Hawks, has thought up a Machiavellian scheme for an attack on Iran. Its main point: Israel will start by bombing an Iranian nuclear installation, Iran will respond by launching missiles at Israel, and this will serve as a pretext for an American attack on Iran.

Far-fetched? Not really. It is rather like what happened in 1956. Then France, Israel and Britain secretly planned to attack Egypt in order to topple Gamal Abd-al-Nasser ("regime change" in today's lingo.) It was agreed that Israeli paratroops would be dropped near the Suez Canal, and that the resulting conflict would serve as a pretext for the French and British to occupy the canal area in order to "secure" the waterway. This plan was implemented (and failed miserably)......

Would the pretext have stood up? In other words, is the US obliged to enter a war on our side, even when that war is caused by us? In theory, the answer is yes. The current agreements between the US and Israel say that America has to come to Israel's aid in any war - whoever started it.

Is there any substance to this leak? Hard to know. But it strengthens the suspicion that an attack on Iran is more imminent than people imagine.

I don't know, but my suspicion that they might is getting stronger.......

If the American attack turns into a long war of attrition, and if the American public comes to see it as a disaster (as is happening right now with the Iraqi adventure), some will surely put the blame on Israel. It is no secret that the Pro-Israel lobby and its allies - the (mostly Jewish) neo-cons and the Christian Zionists - are pushing America into this war, just as they pushed it into Iraq. For Israeli policy, the hoped-for gains of this war may turn into giant losses - not only for Israel, but also for the American Jewish community....."
Posted by Tony at 8:30 AM