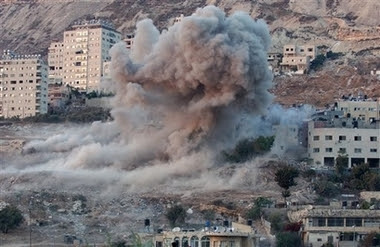 An explosion is seen next to a building during an Israeli army raid in the Al Ain refugee camp in the West Bank town of Nablus, Thursday, Sept. 20, 2007. A fierce Israeli army raid in a crowded West Bank refugee camp confined thousands of residents to their homes for a third straight day Thursday, and many said they're running out of food and water. (AP Photo/Majdi Mohammed) 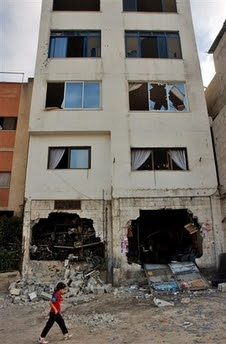 A Palestinian girl walks past a destroyed house Friday, Sept. 21, 2007, after Israeli army raids on the Al Ain refugee camp in the West Bank town of Nablus earlier in the week. During the fierce army raids that lasted several days thousands of residents were confined to their homes, and many said they were running out of food and water. (AP Photo/Majdi Mohammed) 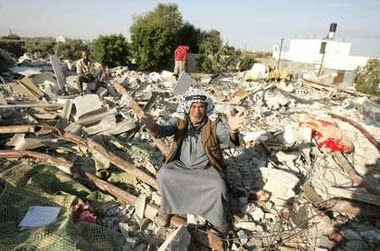 A Palestinian man sits on the rubble of a house, which was demolished by the Israeli army during a military operation, in Gaza September 21, 2007. REUTERS 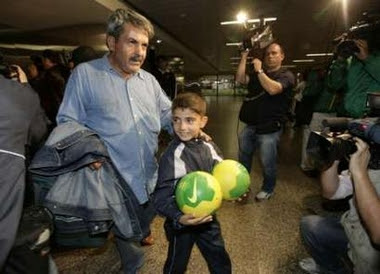 A Palestinian boy carries two Brazilian volleyballs given to him as he arrives at Guarulhos airport with his family and other refugees who have been living in the Ruweished camp in Jordan after escaping the violence in Iraq four years earlier, in Sao Paulo September 21, 2007. A first group of 38 of a total of about 100 refugees from Ruweished who were granted residence in Brazil through the United Nations refugee program arrived to take up residence in different parts of the country. REUTERS 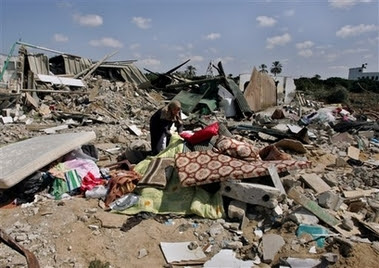 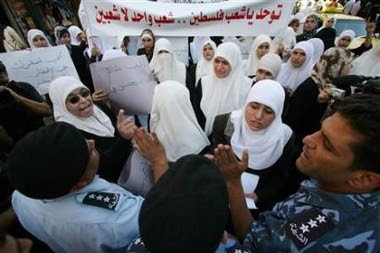 A Palestinian police officer orders a group of Hamas women to leave the area, during a demonstration organized by Hamas women calling for the release of Hamas members who are jailed in Palestinian prisons, in the West Bank city of Ramallah September 22, 2007. (Loay Abu Haykel/Reuters)
Posted by Tony at 11:08 AM