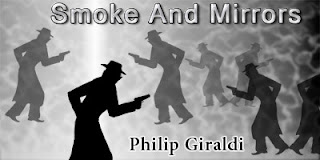 "......It might start with a minor incident, possibly involving an American Marine patrol operating out of the new base at Badrah near the Iranian border. The Marines are surrounded by superior Iranian forces claiming that the Americans have strayed inside Iranian territory. The Marines refuse to surrender their weapons and instead open fire. The Iranians respond. Helicopter gunships are called in to support the Marines, and artillery fire is directed against Iranian military targets close to the border. President Bush calls the incident an act of war and, in an emotional speech to the nation, orders U.S. forces to attack. A hastily called meeting of the UN Security Council results in a 17-1 vote urging the United States to exercise restraint, with only Washington voting "no." In the UN General Assembly, only the U.S., Israel, Micronesia, and Costa Rica support the military action. The U.S. is effectively alone.

In the first few days, overwhelming American air and naval superiority destroy Iran's principal air, naval, and army bases. Iranian Revolutionary Guard facilities are particularly targeted and are obliterated, as are the known Iranian nuclear research and development sites. Population centers are avoided, though smart weapons destroy communications centers and command and control facilities. There are nevertheless large numbers of civilian casualties and widespread radioactive contamination as many of the targeted sites are in or near cities. Infrastructure is also hit, particularly bridges, roads, and power generation stations close to known nuclear research centers and military sites. The U.S. media, which had supported the administration's plans to engage Iran, rallies around the flag, praising the surgical attacks designed to cripple Tehran's nuclear weapons program. Congress supports the bombing, with leaders from both parties praising the president and commenting that Iran had it coming.......

The United States uses a neutron-type bomb against the main Iranian nuclear research center at Natanz, which it had already bombed conventionally and destroyed. It vows to bomb again if Iran continues to resist. Iran is defiant and fires another wave of Silkworms at U.S. ships, sinking one. Suicide bombers hit U.S. targets in Iraq and Afghanistan. Russia and China place their nuclear forces on high alert. Pakistani militants take over parliament, aided by radical elements in the army and the intelligence service. India launches a preemptive strike against the main Pakistani nuclear centers at Wah and Multan, where the country's arsenal is believed to be concentrated. Pakistan has hidden some of its nukes elsewhere, however, and is able to strike back by bombing New Delhi. World War III has begun."
Posted by Tony at 5:38 AM