Why Did Israel Attack Syria? 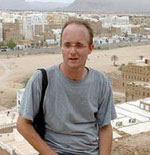 An Opening Shot for War on Iran?

"....Israel's leadership understood the gravity of the moment. In January 2007 the Herzliya conference, an annual festival of strategy-making, invited no less than 40 Washington opinion-formers to join the usual throng of Israeli politicians, generals, journalists and academics. For a week the Israeli and American delegates spoke as one: Iran and its presumed proxy, Hizbullah, were bent on the genocidal destruction of Israel. Tehran's development of a nuclear program -- whether for civilian use, as Iran argues, or for military use, as the US and Israel claim -- had to be stopped at all costs......

.....In particular Syria, after witnessing the whirlwind of savagery unleashed against Lebanon last summer, feared it was next in line in the US-Israeli campaign to break Tehran's network of regional alliances. It deduced, probably correctly, that neither the US nor Israel would dare attack Iran without first clobbering Hizbullah and Damascus......

Nonetheless, the political significance of the justifications for the Israeli air strike is that both neatly tie together various strands of an argument needed by the neocons and Israel in making their case for an attack on Iran before Bush leaves office in early 2009. Each scenario suggests a Shia "axis of evil", coordinated by Iran, that is actively plotting Israel's destruction. And each story offers the pretext for an attack on Syria as a prelude to a pre-emptive strike against Tehran -- launched either by Washington or Tel Aviv -- to save Israel......

It should hardly need pointing out that we are again in a hall of mirrors, as we were during the period leading up to America's invasion of Iraq and have been during its subsequent occupation.....

The latest accusations should be seen as an example of Israel and the neocons "creating their own reality", as one Bush adviser famously observed of the neocon philosophy of power. The more that Hizbullah, Syria and Iran are menaced by Israel, the more they are forced to huddle together and behave in ways to protect themselves -- such as arming -- that can be portrayed as a "genocidal" threat to Israel and world order......

But they are also the evidence needed by Israel and the neocons to convict Syria and Iran in the court of Washington opinion. The attack on Syria is part of a clever hustle, one designed to vanquish or bypass the doubters in the Bush Administration, both by proving Syria's culpability and by provoking it to respond......

....Which is reason enough why Israel and the neocons are so bitterly opposed. Instead they must establish a new reality -- one in which the forces of "creative destruction" so beloved of the neocons engulf yet more of the region. For the rest of us, a simpler vocabulary suffices. What is being sold is catastrophe."
Posted by Tony at 8:11 AM