Abu Mazen: don’t mess with the right of return 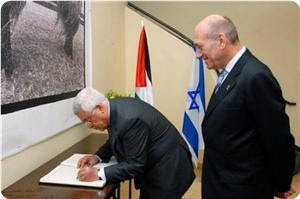 "In recent days, the Chairman of the Palestinian Authority (PA) Mahmoud Abbas made two extremely worrying pronouncements with regard to the paramount issue of the Right of Return.
Last week, he told Al-Arabiya TV that he couldn’t demand that all Palestinian refugees be allowed to return to their homes and towns from which they were uprooted when Israel was created in Palestine more than sixty years ago.

This week, the PA President uttered even more daring remarks in an interview with the Israeli newspaper, Ha’aretz, published Sunday, 14 September.

He suggested that Israel was justified in refusing to allow the repatriation of the refugees.

“We understand that if we demand of you that all the five million refugees be allowed to return to Israel, the State of Israel would be destroyed. But we must talk about compromise and see what numbers you can accept,” Abbas was quoted as saying......

Hence, it should be amply clear that any agreement or understanding between Israel and the PA ignoring or overlooking this central issue of the right of return will be treated as null and void by the Palestinian people.