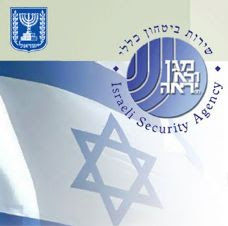 A Very Important Story
Could the Silent Partnership Between Israel and the Arab Regimes Be More Clear Than This??
"The Israeli newspaper, Haaretz, reported on Thursday that dozens of former Israeli military officers and a large number of Mosad (Israeli Intelligence) and Shabak (Israeli secret service) members are active in cooperation with the Israeli Security devices in several Arab countries in the Gulf.

The countries in question have outstanding relations with the United States, and the Israeli security services are active there through specialized foreign security agencies.

The Haaretz report added that the security officials are carrying wide range of security activities in the Arab Gulf and are spending tens of millions of US Dollars.

The report mentioned several names of senior Israeli security officials who are participating in these programs such as Giora Island, the former head of the Israeli National Security Council, and General Doron Almong. In addition, several companies and the Air Force Development Agency are active in the Arab Gulf under the direct supervision of the Israeli Security Ministry.

The Swedish AGT international company, which was formed by the Israeli-American businessman, Mani Kochavi, won a contract worth hundreds of millions of US Dollars to construct a project which belongs to the Israeli Internal Security in one of the Arab gulf Emirates.

Haaretz added that Al Zawiya newspaper based in the Arab gulf reported on the issue in March 2008.

Kochavi is also the head of the Sentry Technology Group (STG) which is of the corporations which managed to garner fast growth in the security arena in the United States.

The STG was also a partner with the Israeli Air Force Industries which sells equipment and the required technologies specialized in airport security in the United States and other countries, including countries in the Middle East.

Recently STG purchased equipment worth tens of millions of US Dollars in Israeli companies which specialize in developing monitoring and control programs.

The former Israeli Air Force leader, Etan Bin Elyahu, said that he left STG several years ago, after it started operating outside the United States.

Kochavi is hiring dozens of officer s who previously worked in the Israeli army, in addition to hiring several senior officials of the Israeli army and the air force industries, and officials who worked with the Shabak and the Mosad.

A spokesperson f Kochavi stated that all company’s operations are conducted under the supervision of the Israeli security agency and all of its branches.

Kochavi is an Israeli who moved to live in the United States and collected his fortune in the real estate business. In Recent years, and especially after the September 11 attack, he got involved with the Homeland Security and developed relations with Israeli security agencies. He then started hiring former senior security officials.

The Israeli security agencies are very active in encouraging security industries and weapon manufacturing and are active in exporting them to several Arab Countries, especially the countries that have good relations with the United States and could find themselves threatened by Iran. "
Posted by Tony at 6:25 AM