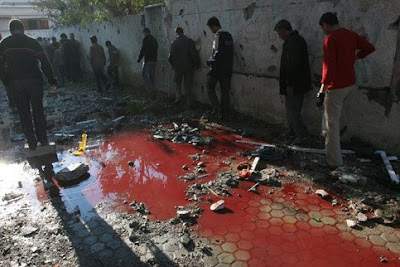 "The South African Archbishop Desmond Tutu told the United Nations this week that he believes that a 2006 Israeli attack on the southern Gaza Strip town of Beit Hanoun “showed a disproportionate and reckless disregard for Palestinian civilian life”, and could possibly be considered a war crime.

In the 2006 attacks, 19 Palestinian civilians, including children, were killed in a barrage of Israeli artillery shells. Said Tutu this week, "It is not too late for an independent, impartial and transparent investigation of the shelling to be held”........ "
Posted by Tony at 3:25 AM