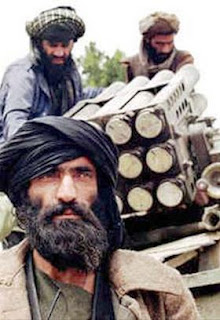 This summer, foreign troop deaths have exceeded those of U.S. forces in Iraq. 'We feel that things are going very, very well for us,' one Taliban fighter says.

"KANDAHAR, AFGHANISTAN — A summer of heavy fighting during which Western military leaders had hoped to seize the initiative from Islamic militants has instead revealed an insurgency capable of employing complex new tactics and fighting across a broad swath of Afghanistan.

Over the last three months, insurgents have exacted the most punishing casualty tolls on Western forces since the Afghan war began nearly seven years ago. Numbers of foreign troops killed have exceeded U.S. military deaths in Iraq....."
Posted by Tony at 4:44 AM