The Boss Has Gone Mad 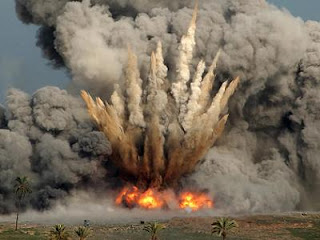 "........However, the worst results of this war are still invisible and will make themselves felt only in years to come: Israel has imprinted on world consciousness a terrible image of itself. Billions of people have seen us as a blood-dripping monster. They will never again see Israel as a state that seeks justice, progress and peace. The American Declaration of Independence speaks with approval of “a decent respect to the opinions of mankind”. That is a wise principle.

Even worse is the impact on hundreds of millions of Arabs around us: not only will they see the Hamas fighters as the heroes of the Arab nation, but they will also see their own regimes in their nakedness: cringing, ignominious, corrupt and treacherous.

In coming years it will become apparent that this war was sheer madness. The boss has indeed gone mad – in the original sense of the word."
Posted by Tony at 1:15 PM