The Israeli War on the Gaza Strip: "The Birth Pangs of a New Palestine/Middle East” 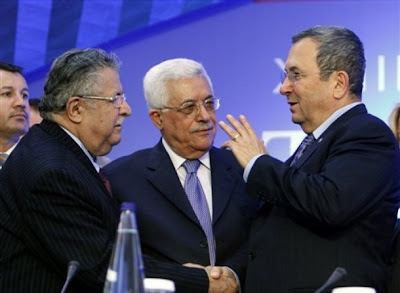 What is taking place in the Palestinian Territories is related to what is taking place across the Middle East and Central Asia, from Lebanon to Iraq and NATO-garrisoned Afghanistan, as part of a broader geo-strategic objective. All the events in the Middle East are part of a mammoth geo-political jigsaw puzzle; each piece only shows you one picture or a portion of the picture, but when you put all these pieces together you see the grand picture of things.

For these reasons at times more than one event must be discussed to gain greater understanding of another event, but this at times comes at a risk of diverging or extending one’s focus in different directions.

The following text is based on several key sections of an earlier and broader text; this text is brief in form but comprehensive in its scope and more focused on the events in the Palestinian Territories and their role in the broader chain of regional events in the Mediterranean region and the Middle East......

The Final Act: The Power of the People: The Act yet to be Played Out

The breaches of the Rafah Crossing between Egypt and the Gaza Strip were a sign of the crumbling of tyranny, but there is still a long way to go. [8] The mass protests worldwide from Egypt and the Arab World to Europe and Asia are a sign that the “Second Superpower” — the power of the people — is rearing its head.

In end it will be the people who will decide, against the interest of the politicians and their economic power brokers.

The people see beyond the issues of nationality, ethnic division and man-made boundaries. They believe in justice and equity for all and they feel a pain in their hearts when they see the suffering of others, no matter the differences. Worldwide, those that are just and honorable are a nation to themselves — whether they are Israelis or Arabs or Americans — and it will be their choices that will decide the direction of the future.

The Palestinians in the Gaza Strip, which includes a diverse spectrum of groups from Hamas to Communists (e.g., the Marxist Democratic Front for the Liberation of Palestine) and Christians, have done what the military foces of Jordan, Egypt, Syria, and Iraq could not do.

The Israeli massacres in the Gaza Strip will prove to be a historic turning point and the catalyst behind change. The political and strategic map of the Middle East and the Arab World will be changed, but not in favor of Israel, the House of Saud and the dictators of the Arab World.